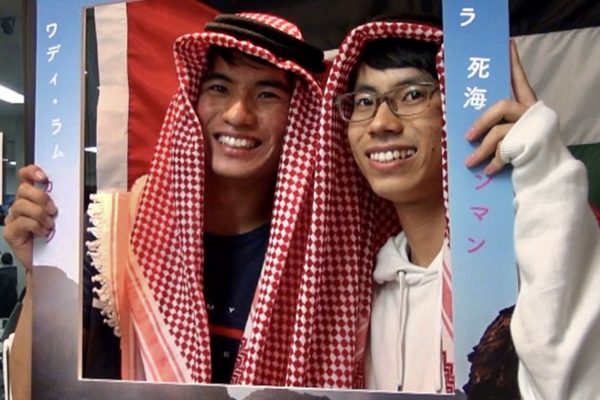 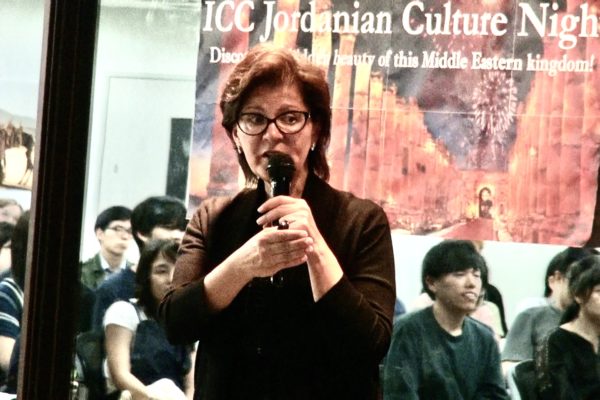 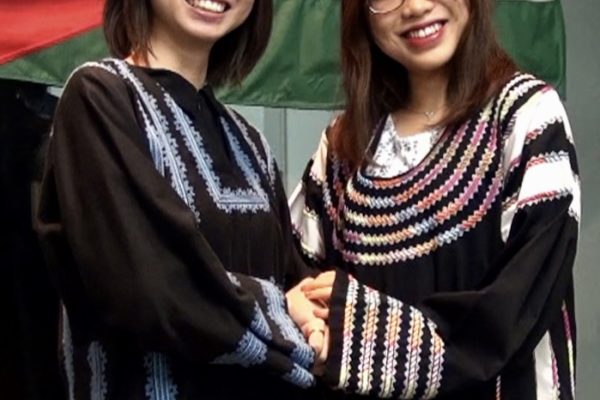 The Jordanian Embassy in Tokyo and the Intercultural Communication Center (ICC) of the University of Waseda co-organized a Jordanian Cultural Night “Discover the Hidden Charms of Jordan”.

The event included a presentation on Jordan’s history and culture as well as Jordan-Japan Relations by Her Excellency Lina Annab, Ambassador of the Hashemite Kingdom of Jordan to Japan, in addition to a photo gallery of Jordan’s nature and historical sites, such as Petra and Wadi Rum.

During the event, a quiz about Jordan was conducted and prizes were handed to the winners. Also the attendees enjoyed Arabic Coffee in addition to a wide variety of Jordanian traditional food and had the chance to try on Jordanian traditional cloths, and have their names written in Arabic by a professional Japanese calligrapher.

The event was attended by more than 120 students and graduates of the University and took place in the Okuma Garden House on the 8th of October.