76th Independence Day Anniversary: Jordan a cornerstone of stability in the Middle East 25 May, 2022 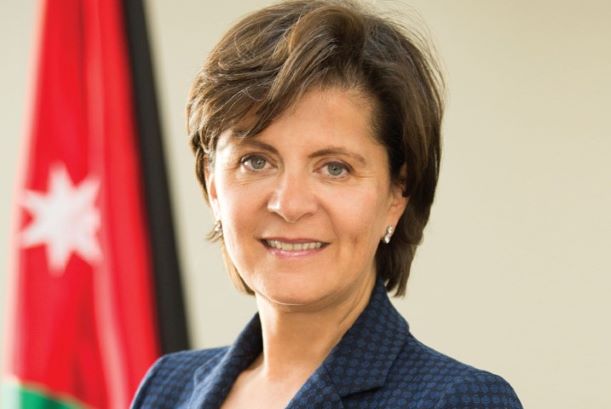 May 25th of this year marks the 76th Independence Day of the Hashemite Kingdom of Jordan. On this day, Jordanians not only reflect on the past and the lessons learnt from the sacrifices made for independence; but also look to the future with unwavering resolve to continue to be a force of good embodying the values of peace, freedom, and justice. Today, these values fuel our calls for building bridges, instead of walls, and for promoting mutual understanding instead of conflicts.

For 68 years and since the establishment of diplomatic relations in 1954, Jordan and Japan have enjoyed friendly bilateral relations and warm friendship. Under the leadership of HM King Abdullah II, our partnership has steadily evolved and continues to develop driven by mutual respect and shared vision for a more humane and peaceful world where rules-based international order reigns supreme. The exceptional friendship between the Royal and Imperial families of Jordan and Japan further solidifies our longstanding relations.

As a cornerstone of safety and stability in a region rife with volatility and conflicts, Jordan plays a pivotal role in fostering peace as well as in fighting extremism and terrorism. Jordan is also a beacon of moderation and compassion that aids those in need which is evidenced by hosting and providing a safe haven and dignified life to almost 13% of the world’s total refugees making it the second highest refugee per capita in the world.

Jordan values the ongoing support by the Japanese Government and people for Jordan’s humanitarian efforts as well as for its relentless work to advance the Middle East Peace Process based on the two-state solution, and to promote stability in the Region. Central to achieving peace is the resolution of the Palestinian-Israeli conflict as well as the end of the Israeli military occupation of the Occupied Palestinian Territories. Moreover, the status of Jerusalem is crucial to achieving lasting peace and stability. As custodian of Jerusalem’s Muslim and Christian Holy Sites, His Majesty King Abdullah II is committed to upholding the historical and legal status quo at these holy places, which is essential for maintaining harmony, and freedom of worship.

We in Jordan are keen on growing our economic ties and on inviting Japanese investments, which currently stand at the forefront of various Jordanian vital sectors. Jordan’s stable political and financial systems and its strategic location at the convergence of three continents serving MENA and GCC Region and beyond, make it an ideal gateway for Japanese investors. We also endeavor and look forward to enhancing our people-to-people ties through academic and cultural exchanges as well as through tourism.

In our ongoing efforts to bolster our bilateral relations we are immensely grateful to the Japan-Jordan Parliamentary Friendship League chaired by The Honorable TANAKA Kazunori, and to the Japan-Jordan Association chaired by Mr. SASAKI Mikio, whose generosity and support enrich the ties between our countries.

It is indeed befitting to celebrate our Independence Day by recalling the solid ties and friendship that Jordan enjoys with Japan and its great people.