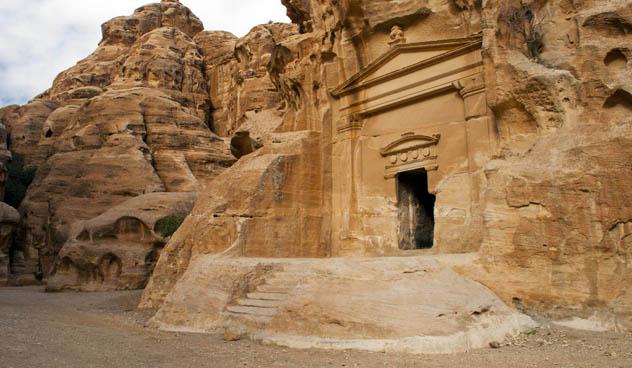 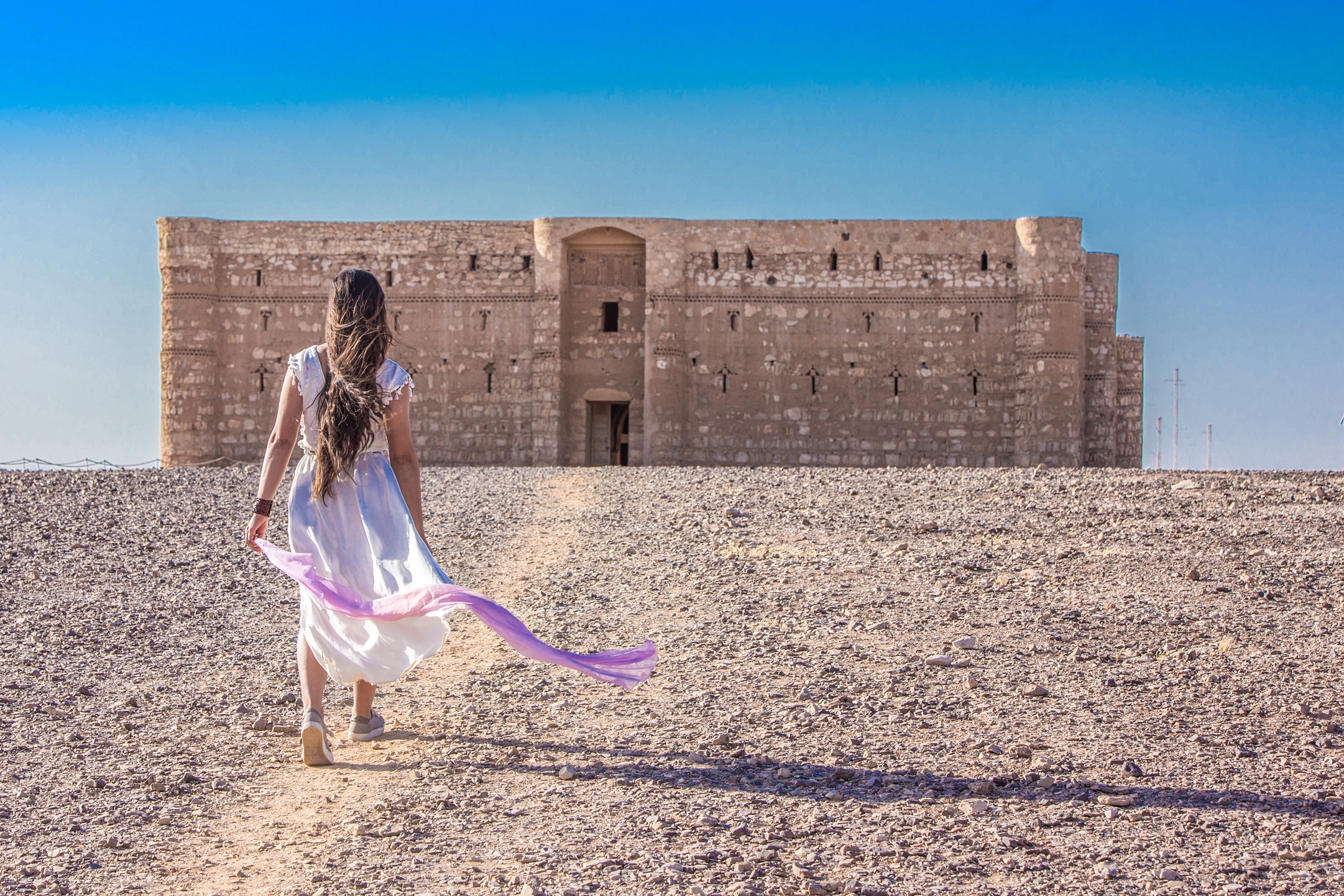 Jordan plays an important role in pre-recorded and recorded history. Its history dates back to the Stone Age, around 1.5 million years ago.

Jordan has seen numerous empires come and go, and as a regular corridor for commerce and conquest, it has been profoundly influenced by peoples and cultures from surrounding regions. Through the ages trade has been vital for Jordan’s people and it was the Nabateans (4th century BCE and 106 CE), merchants and middlemen par excellence, who left behind monuments and archaeological sites considered to be among the top jewels of antiquity.

Historical evidence shows that Man already roamed the hills and valleys of Jordan during prehistoric periods of the Paleolithic Age also known as the era of hunters and gatherers. An important discovery from this period is the recent finding of the oldest example of bread yet discovered from this era, which was revealed in 2017 during the excavation of a Natufian site known as Shubayqa located north east of Jordan.  The excavated site was occupied between 14,600 and 12,000 years ago, and it could offer scientists significant information on the transition from hunting and gathering to farming.

During the Neolithic Age (12000 BCE – 3500 BCE – New Stone Age) Jordan was part of the first  “Agricultural Revolution” which witnessed transition of many human cultures from a lifestyle of hunting and gathering to one of agriculture and settlement.

Archaeological sites such as Beidha (located few kilometers north of Petra) and Ain Ghazal (located in metropolitan Amman) reveal settlements where people lived in some of the world’s first real villages, where they cultivated grains and other plants and herded goats.   In Ain Ghazal one of the most striking historical finds were made in 1983 during an excavation of the site when two caches dating back to 6500 BC containing a total of three dozen plaster statuettes and busts were uncovered. Known as Ain Ghazal statuettes, they mark the beginning of earliest known monumental sculpture.

Pottery was soon invented ‘to store foods, people began to exchange luxury items with their neighbors and build special ‘houses’ to worship their gods.

During the 4th millennium BCE Jordan witnessed early experiments in metal- working. At Teleilat Ghassul a large agricultural village, the inhabitants have left us not only early copper tools, but also some of the earliest known wall paintings. Jordan’s main copper deposits were in the Feynan area some 150km to the south of Amman exploited throughout antiquity and were among the land’s most important natural resources.

Transitioning into the Bronze Age (3300 BCE- 1200 BCE), one finds evidence of settlement during this age in the fortified cities of Pella and Tall al-‘Umayri north west of Jordan.

The Moabites, member of a West-Semitic people, lived in the highlands east of the Dead Sea (now in west-central Jordan) and flourished in the 9th century BCE. Their borders expanded from the north of Mujib with Dhiban as its capital. The Moabite stone, known as Mesha Stela, a black basalt stela set up on the Moabite capital Dhiban is probably one of the most famous stelea in the world recording the achievements of its King Mesha.

The Ammonites were a Semitic people who established their state in the area between the Zarqa River and Wadi Mujib. Their capital was Rabbath Ammon (Amman, present-day capital of Jordan).

The Nabatean Kingdom was a powerful political entity that flourished in the region of modern-day Jordan between the 4th century BCE and c. 106 CE and is best known today for the ruins of its capital city of Petra. Although it is clear that a wealthy community was thriving in the immediate vicinity of Petra by 312 BCE (attested to by the Greek expedition mounted against it), scholars usually date the Nabatean Kingdom from 168 BCE, the date of their first known king, to 106 CE when it was annexed by the Roman Empire under Trajan (98-117 CE).

Nabateans were Arabian nomads who amassed their wealth first as traders on the Incense Routes which wound from Qataban (in modern-day Yemen) through neighboring Saba (a powerful trade hub) and on toward Gaza on the Mediterranean Sea. Their constant travel on these routes intimately familiarized them with the area and their skill in finding, and preserving, sources of water enabled them to transport goods more quickly and efficiently than others.

The site of their city of Petra, carved from the sandstone cliffs of mountains and not easily accessible, would have been built after they were already wealthy from trade. Their decision to build in that particular area has mystified scholars and historians for centuries because there was no natural source of water there and the locale was far from hospitable. The location actually makes a great deal of sense, however, as their position at Petra allowed them to monitor the Incense Routes and tax caravans passing through their territory, thus enriching them further, and its inaccessibility provided protection.

Following annexation by Rome in 106 CE, Petra and other Nabatean cities such as Hegra steadily lost their hold over the Incense Routes and their control over the region generally. The rise of the Syrian city of Palmyra as a center of trade diverted caravans from the Nabatean cities, which then declined in wealth and prestige. The emperor Aurelian’s destruction of Palmyra c. 272 CE came too late to resuscitate the Nabatean economy, and by the time of the Arab Invasion of the 7th century CE, the Nabatean Kingdom had been forgotten.

Starting in the Islamic period, which started in the early 600s CE, Jordan was the gateway for conquering the Levant, with Muslim armies crossing it with major battles such as Mutah Battle in 629 CE and Yarmouk Battle in 636 CE all taking place in what is known as modern-day Jordan.

Following the Umayyads came the Abbasid Caliphate (750 to 1258 CE) whose origins go back to Al Humaimah Village near Maan in southern Jordan.

Along came the Fatimid Caliphate (909-1171 CE), which extended its control over the Levant until 1099 AD. After that date, Jordan came under the occupation of the Franks, who were fought by the Arab Muslim resistance, which witnessed the Battle of Hattin in 1187 CE under the leadership of Salaheddin Al Ayoubi (Saladin), who continued later on to liberate Jerusalem.

The Ayyubid Caliphate (1171–1260 CE) founded by Saladin and centered in Egypt, ruled over the Levant (Including Jordan), Hijaz, Nubia, and parts of the Maghreb as a caliphate. The Ayyubids presence continued up until the reign of the Mamluk State began in 1250 CE, which was followed by the Ottoman Empire (453-1924 CE) after the Ottomans fought the Mamluks in the Battle of Marj Dabiq in 1516. The Levant, including Jordan, then came under Ottoman rule until the end of it in 1918, which marks the start of modern-day Jordan under the Hashemite rule.