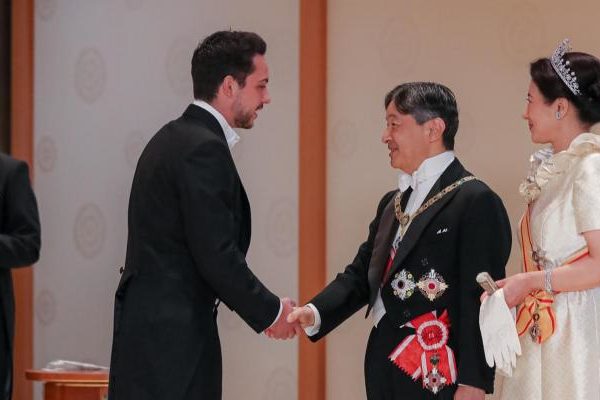 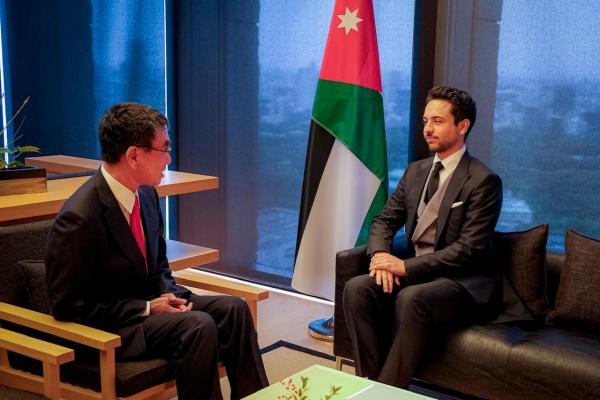 Crown Prince Al Hussein conveyed King Abdullah’s greetings to Emperor Naruhito, congratulating him on his accession to the throne, and wishing him and the people of Japan continued progress and prosperity.

Also on Tuesday, His Royal Highness met with Japan Defence Minister Taro Kono, and discussed the strategic partnership between the two countries, and opportunities for bolstering cooperation, especially in defence.

The Crown Prince expressed appreciation for Japan’s efforts in pursuit of peace and stability in the Middle East, and its continued support for development efforts in Jordan.