A Memorandum of Understanding (MoU) on Academic Cooperation and an Agreement on Student Exchange” between Jordan University (JU) and Tokyo University of Foreign Studies (TUFS) was signed on December 3rd by President of TUFS Dr. HAYASHI Kayoko. The signing ceremony was held on campus at TUFS. It was attended by Ambassador Lina Annab and Third Secretary Talal Masarweh, and by Dr. MATSUKUMA Jun, Vice President for International Affairs and Personnel in addition to other TUFS academic faculty members.

The signing of the MOU today brings it into immediate effect after having been signed earlier by the President of Jordan University Dr. Nathir Obeidat. This MOU is the first to be signed by TUFS with a Jordanian University.

The signing ceremony followed a meeting by Ambassador Annab and embassy team members with first-year students majoring in Arabic Studies. The attending students were briefed about the scope of the MOU signed, and they were encouraged to take advantage of it through spending semesters abroad at JU.

JU is the oldest and largest higher education institution in Jordan. 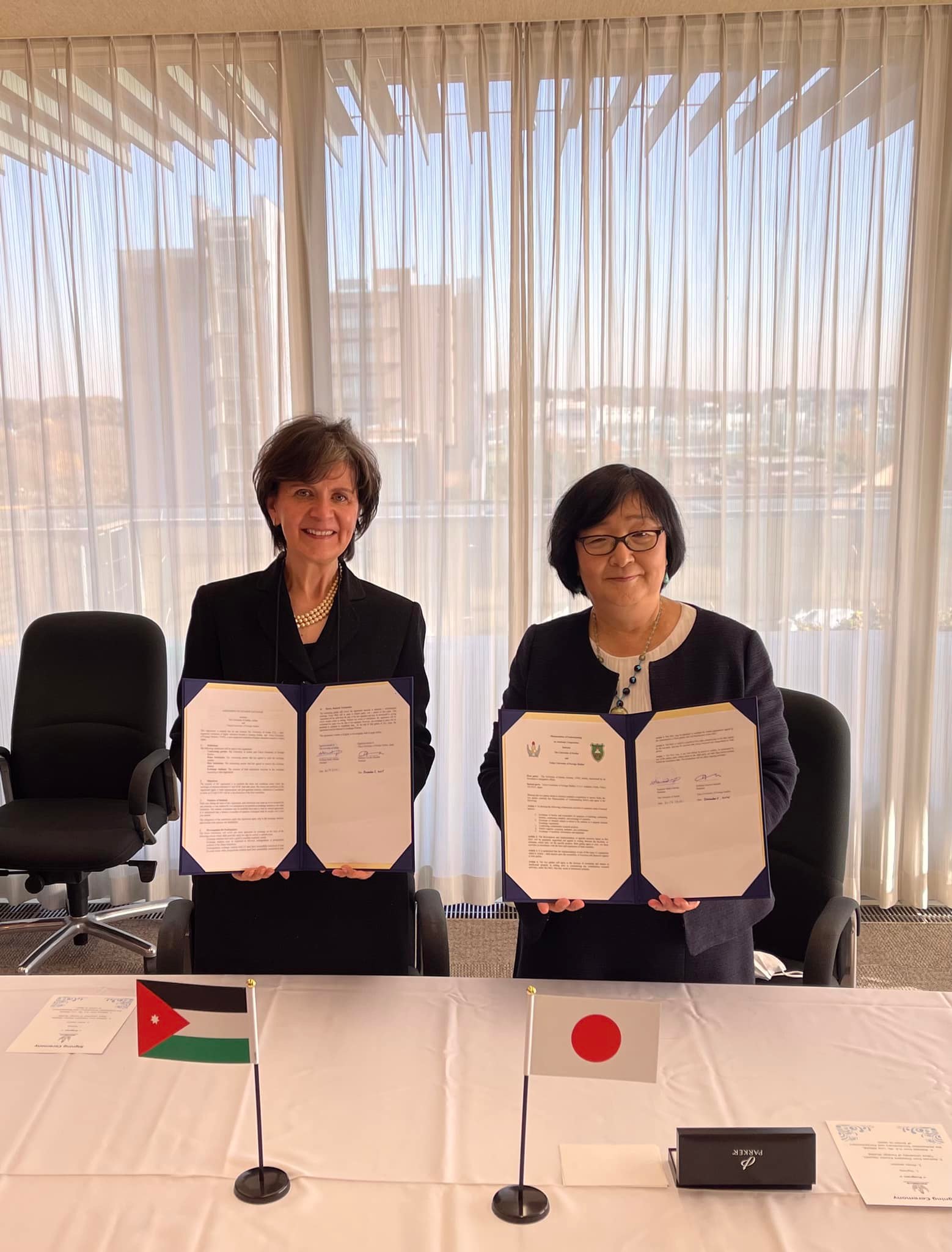 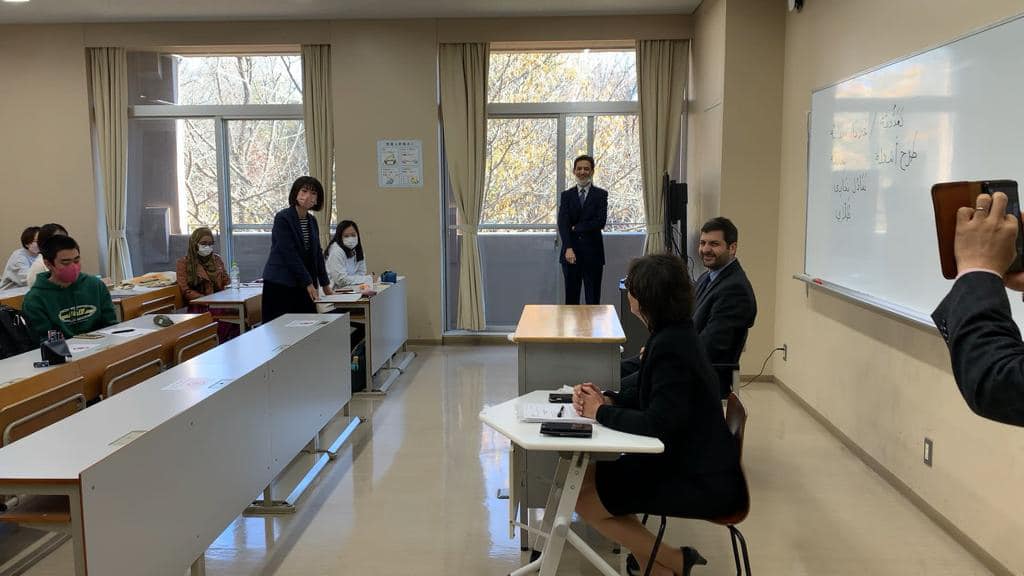 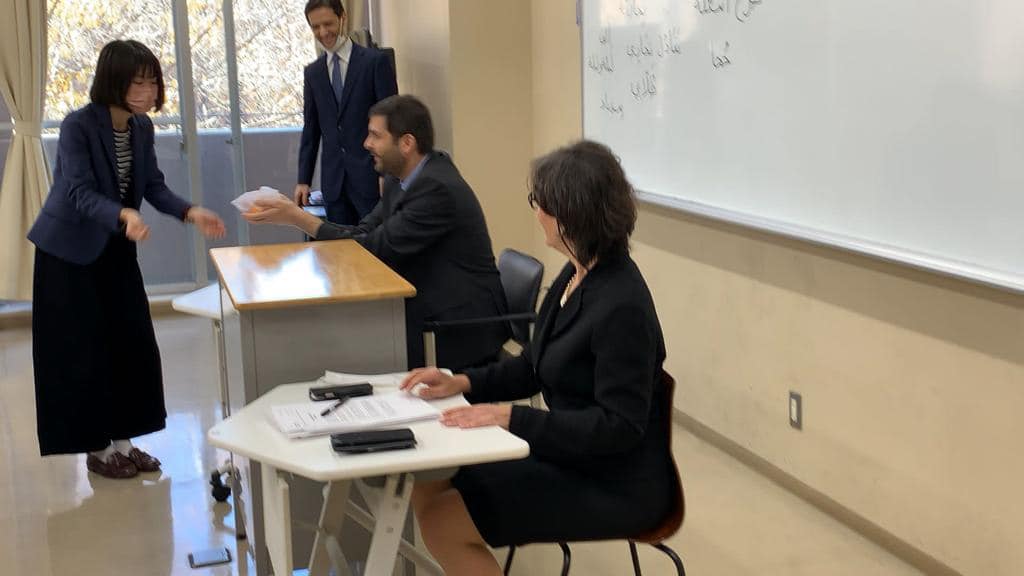 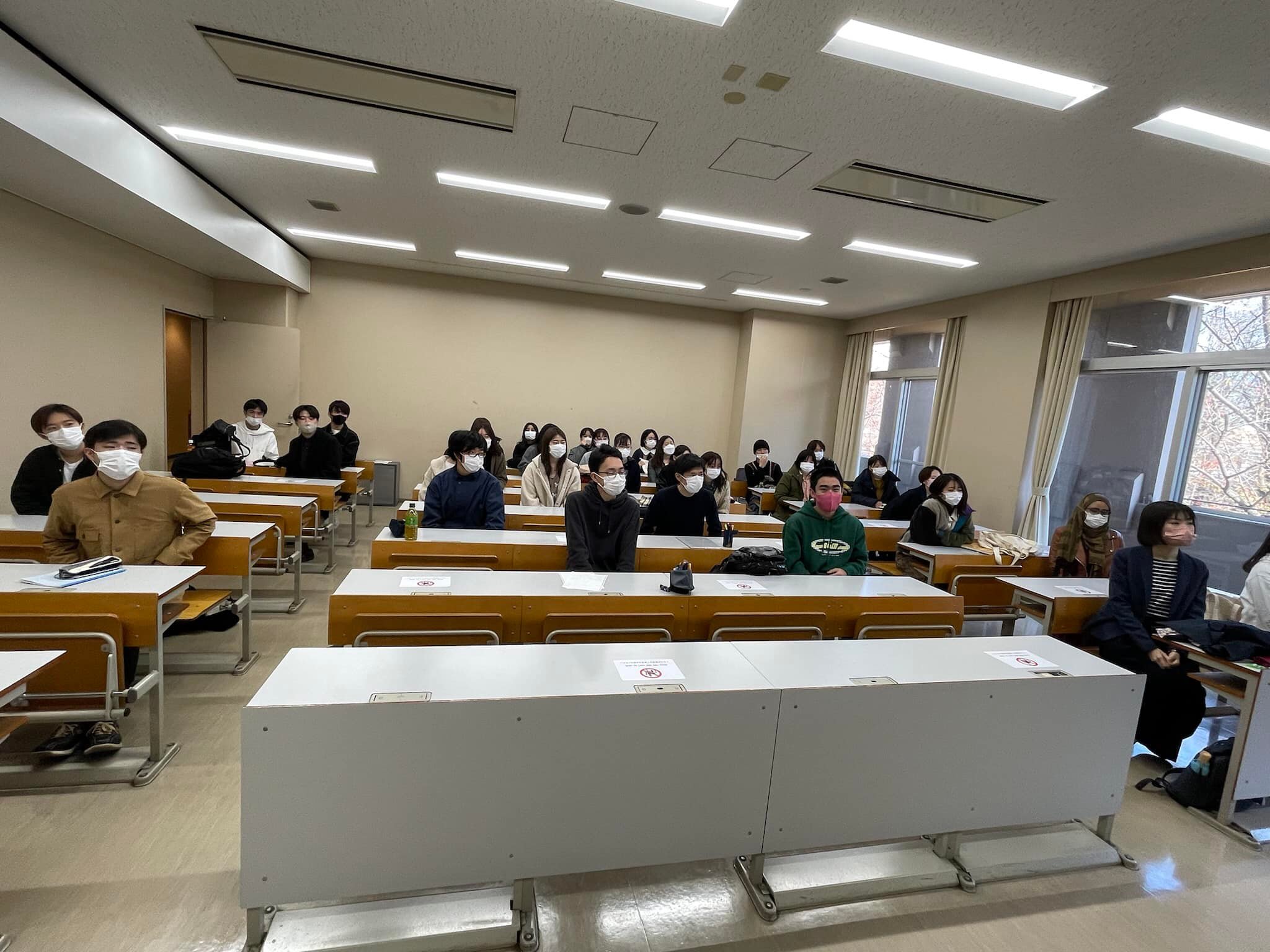