Speaker of the House official visit to Japan 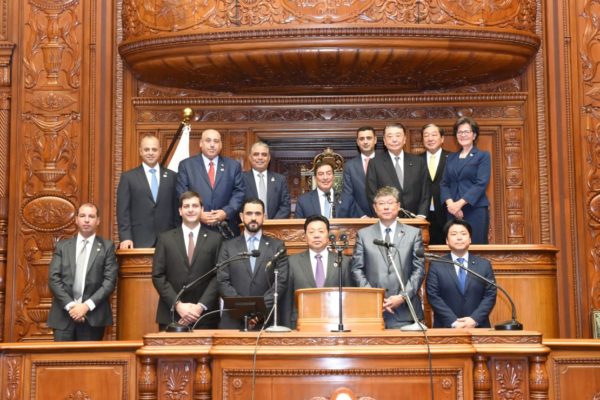 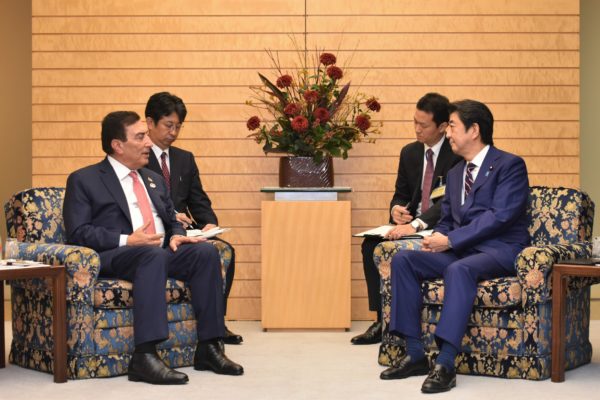 Lower House Speaker Atef Tarawneh has met his Japanese counterpart and the president of Japan’s House of Councilors over means of advancing parliamentary cooperation and enhancing commercial partnership.

Tarawneh and his accompanying delegation, during their visit, also met Japanese Prime Minister Shinzo Abe, who expressed his country’s commitment to the pledges Japan announced at the UK-hosted London Initiative, including the completion of the second batch of a development policy loan of $100 million.

During his meeting with his House Speaker Oshima, Tarawneh voiced appreciation for the Japanese aid extended to Jordan, as well as Tokyo’s supportive stance on the two-state solution.

Meanwhile, talks with Santo went over the Kingdom’s efforts in combatting terrorism, as well as the economic burdens that have resulted from refugee influxes.

Stressing that Jordan is a “crucial” strategic partner, Oshima and Santo, expressed appreciation for His Majesty King Abdullah’s role in seeking regional security and stability and his contributions to combating extremism within a comprehensive approach.

During the meetings, the Jordanian delegation drew attention to the importance of increasing the Japanese ventures in the Kingdom, with talks outlining investment opportunities and the Kingdom’s encouraging environment for the Japanese private sector.

At the end of the visit, Tarawneh and his Japanese counterpart stressed the importance of preparing “legislative groundwork conducive to boosting cooperation” and achieving goals in the field of investment.